We currently run weekly French classes at the following settings:-

The Heatons Preschool and Nursery

I am a Mum to two children aged 9 and 6, both my children love to sing in French. Both can count and say little phrases and love the our lessons! I have a Joint Honours degree in French and Business Management. I became fluent in French as a child whilst living in France with my family. I have worked and lived in France as a child and an adult and enjoy holidaying there regularly.

Get In Touch With Katie

Our pre-school classes, suitable for children aged approximately 18 months to 4 years, are packed with games, songs, activities and drama to ensure that your child’s learning experience is fun.

Older children can come to our after school classes, where we learn through fun with songs, games and crafts suitable for each age range.

The classes held at the Just Giggle Play Centre also include a 15% discount option.

Classes run term-time only, and can be booked mid-term.  A 20% sibling discount is available (children don’t need to attend the same class). Discounted childminder rates are also available for the pre-school classes. Chloe, Kidslingo’s youngest franchisees at age 28, is a FINALIST in Young Franchisee of the Year in the prestigious Approved Franchise Association awards 2020. Chloe, who was only 26 when she joined Kidslingo, runs Kidslingo Cheltenham & Gloucester. 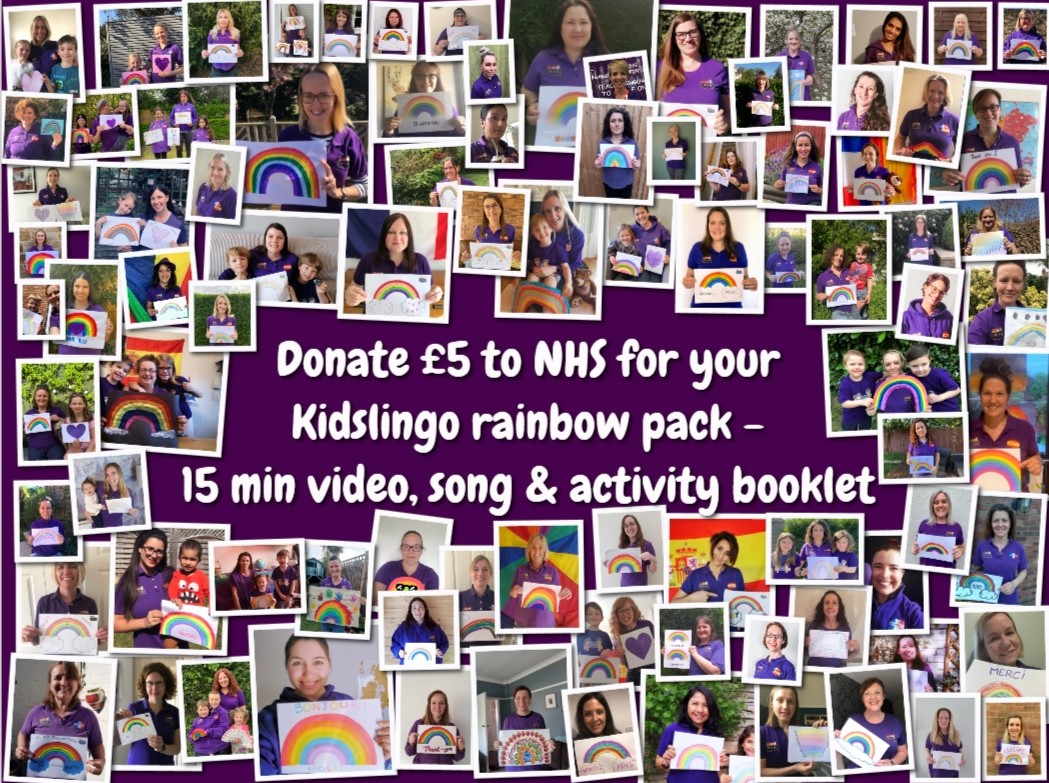 Kidslingo has launched a national campaign to raise funds for the NHS Charities Together. For just a £5 donation to NHS Charities Together, people will receive a 15-minute video class link recorded by a Kidslingo expert linguist, mp3 song download and 17 page activity booklet download packed with worksheets to keep the kids busy and engaged.